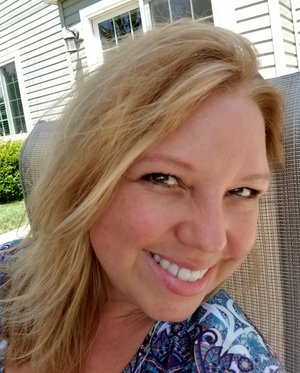 A former elementary school teacher, Carolyn Mikelson has always loved children’s literature. She enjoyed the whimsy of creating spontaneous stories for her kindergarten and first grade students, and later treated her own four children to a new oral bedtime story every night. Carolyn was thrilled to move into the world of publishing after her children became a bit older, and began working as a children’s literature editor at TRP in 2014. Carolyn makes her home in the far west Chicago suburbs, where she enjoys spending time outdoors, at the theatre, and at other fine arts and cultural events. During her free time, she teaches reading, writing, and speaking English to immigrant women in her area. Carolyn is member of the Society of Children’s Book Writers and Illustrators.

Today’s families have more intense schedules than families of earlier generations. Parents work longer hours, children are engaged in more evening activities, and there is pressure to cram as much into a day as one can. Often, our busy days creep into evenings and sometimes even nights. As parents juggle work deadlines, family commitments, and household chores, bedtime can fade into the background. Unfortunately, having a late bedtime affects children more than previously thought. Children’s physical, emotional, and educational health all suffer when a child lacks sleep.

1. Overtired children have a harder time falling asleep. When a child is overtired, their body secretes “alerting” hormones which make falling asleep more difficult. Think of those hormones as an espresso late at night. Once an overtired child falls asleep, they often wake frequently during the night, making their sleep anything but restful. Contrary to popular thought, young children don’t “sleep in” when they go to bed late. You can count on them waking up just as early, if not earlier, than they usually do.

2. Overtired children are more resistant to sleep. Just as overtired children have a harder time falling and staying asleep, they don’t want to go to sleep. Again, it seems counterintuitive to think that an exhausted child would not want forty winks, but that is the case. The evening after a night of poor sleep will be a challenging one at bedtime, particularly with children who are difficult to get to bed on a good night. It is important for caregivers to remain vigilant in putting overtired kids to bed, as this can become a chronic problem.

3. Proper sleep promotes growth. Growth hormones are primarily secreted during the deep sleep phase of slumber. Italian researchers found that children with deficient levels of growth hormones spend less time in deep sleep than children who grow at an average rate. For your child to have their best chance at maintaining a normal growth rate, they must sleep well.

4. Proper sleep increases learning. In a study by neuroscientists at the University of Massachusetts Amherst, preschoolers were taught a memory game. For one week, they played the game, then took an hour long nap. For another week, they played the game then remained awake. The results? When the children remained awake, they forgot 15% of what they had learned, but when they napped, they remembered everything. The napping children also scored better on the game when they woke up and the next day. It was concluded that proper sleep has a positive effect on learning and memory.

5. Too little sleep may lead to weight gain. There is increasing evidence that getting too little sleep causes children to become overweight. Both children and adults tend to crave that is high in fat and high in carbohydrates when they are overtired. In addition, children and adults tend to be less active when they are overtired. More calories and less activity invariably leads to weight gain.